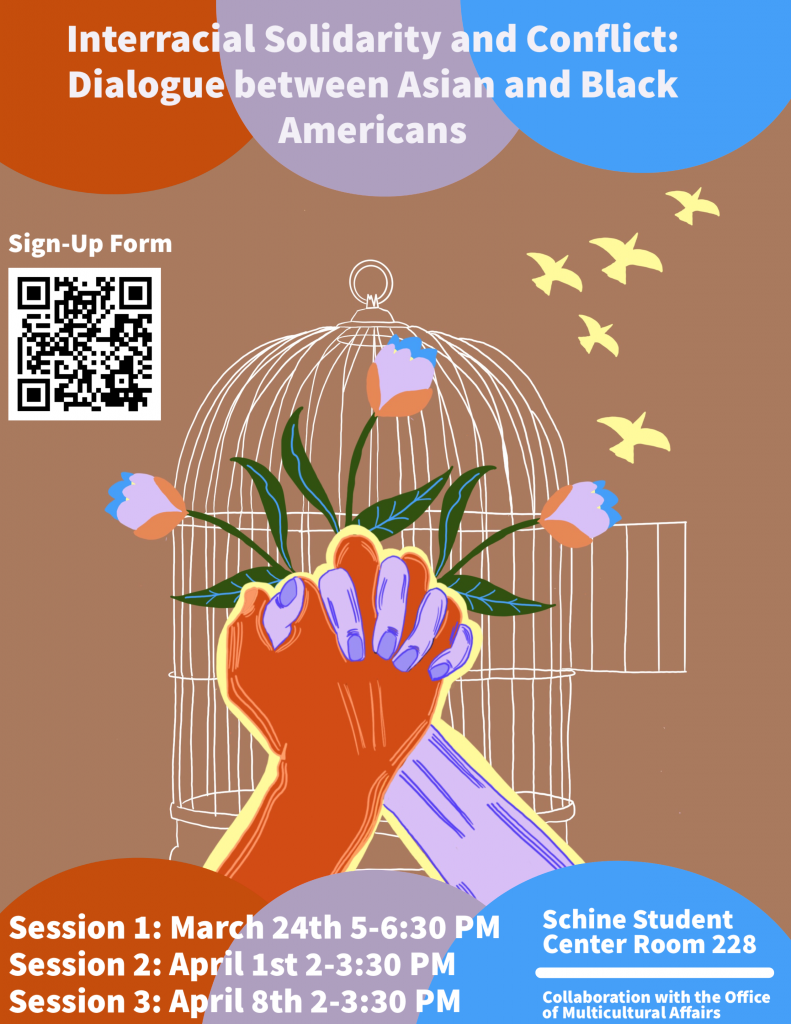 Higher education has a critical role in community building and bridging divides between different groups of people. It is important for campus communities to discuss struggles, pains, experiences, and differences. In this three-part dialogue session, facilitators and participants will discuss the conflicts between the two communities and how one can transcend those barriers to form solidarity and elicit change.